The parish church of St Vincent de Paul in Attenburg Gardens, Battersea played host to the brothers of Balham Circle and their wives and families as they celebrated President’s Sunday on 23rd June. Monsignor Tim Galligan welcomed the brothers of the circle before the 11am Mass and had some very kind words to say about the Association as a whole and the hospitality that had been extended to him in the past at Clergy dinners held by Balham Circle.

After Mass brothers and their families headed to the church hall and enjoyed a buffet and drinks provided by circle President Bro Noel Brownsell. Fr Tim, as he prefers to be called, joined the celebrations and was made to feel most welcome in our midst.

Bro Noel was very pleased that Anglican friends who had accompanied brothers on various pilgrimage walks, had accepted his invitation to join us for the afternoon. It is hoped that we will see more of them at future social occasions and possibly even pray with them when opportunities arise.

Bro Noel’s wife Anne was not able to accompany him on this special day having recently been discharged from hospital, but his daughter Laura and her husband Jamie gave much appreciated support behind the scenes and serving food and he was able to introduce his beloved grand daughter Aurelia to the assembled company. Said Brother Noel “Many will have noted that Aurelia will soon be joined by a little sibling at which time the drinks will once again be on me!”

There was a good turn out of Brothers and their families as will be clear from the photographs. There was some delicious food to accompany a glass of wine or bottle of beer and the usual Catenian bonhomie and buzz was evident. Sincere thanks go to Brother Noel for arranging this delightful event and encouraging brothers to visit another church within the Balham Circle ‘catchment’. 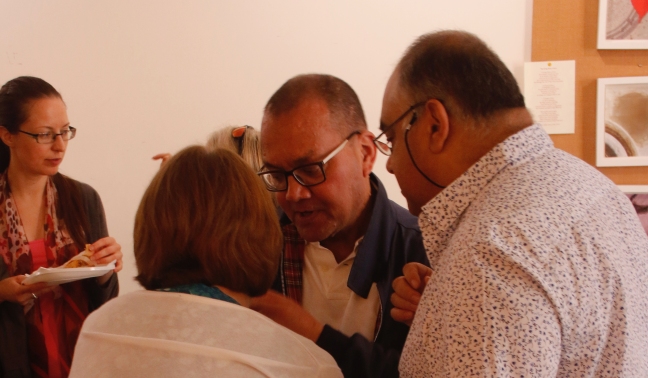 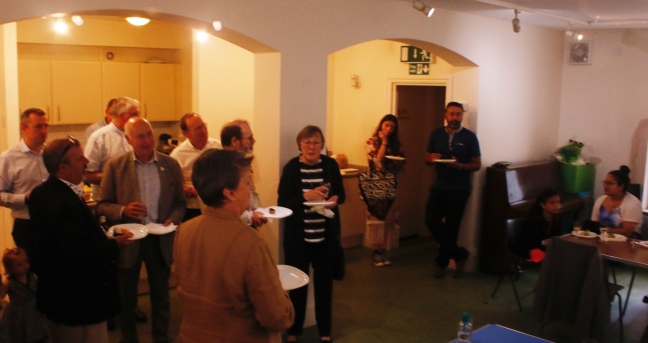