December 15, 2013: The traditional Balham beer and curry night was held at the Mirch Masala restaurant in Tooting High Street. Balham and Croydon Brothers and some wives met at the Castle pub for beers before proceeding to the restaurant. It was a cold, wet and windy night and several arrivals were delayed by a major road accident and partial closure of Garratt Lane. However spirits were not dampened and all enjoyed a good curry in a convivial atmosphere!  The only person missing from the pictures is Noel Brownsell who took them and we forgot to turn the camera on him. 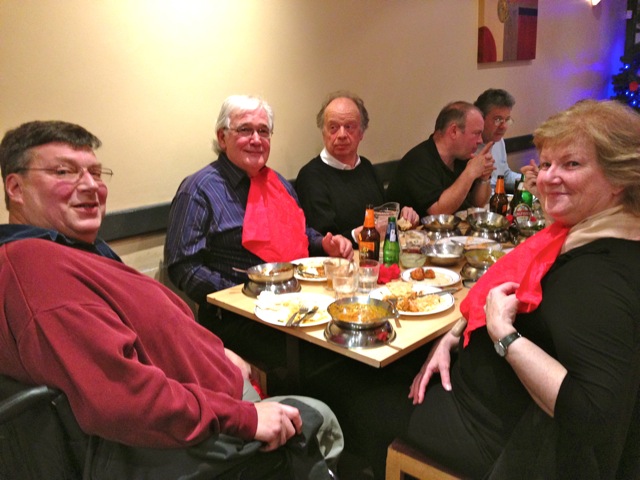 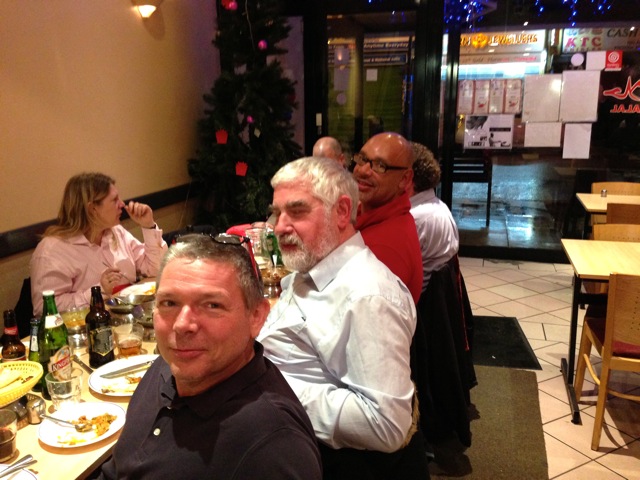 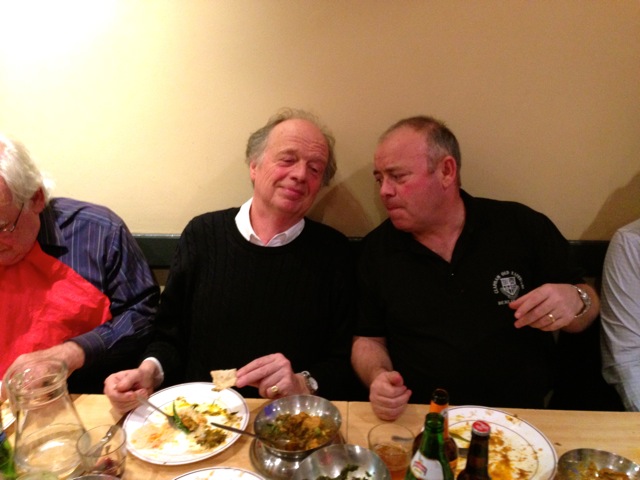 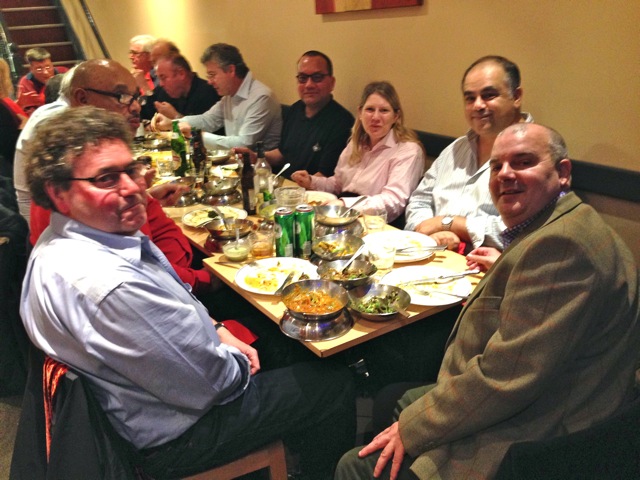 December 2, 2013: Sadly the Balham Circle team did not retain the plate at the Kingston Catenians Circle darts evening on Monday, December 2, but the great compensation was that Steve Palmer achieved the highest score of the evening, an impressive 102! The Balham team comprised Patrick Neal, Steve Palmer, Brendan Williams and Terry Brown. The Reigate A team, who knocked the Balham team out, went on to win the plate. David Prebble, Balham president, was playing for Purley and Balham secretary Noel Brownsell was in the semi-final for the cup, representing Croydon B team. The evening, including a great curry supper was enjoyed by all and  the Balham Circle has resolved to try to win back a trophy next year!  In the picture, Steve receives his trophy from Grand Secretary Mark Allanson.

June 5, 2013: The Balham Circle pilgrimage to the Shrine of St Agustine in Ramsgate and the church and house of A W N Pugin.