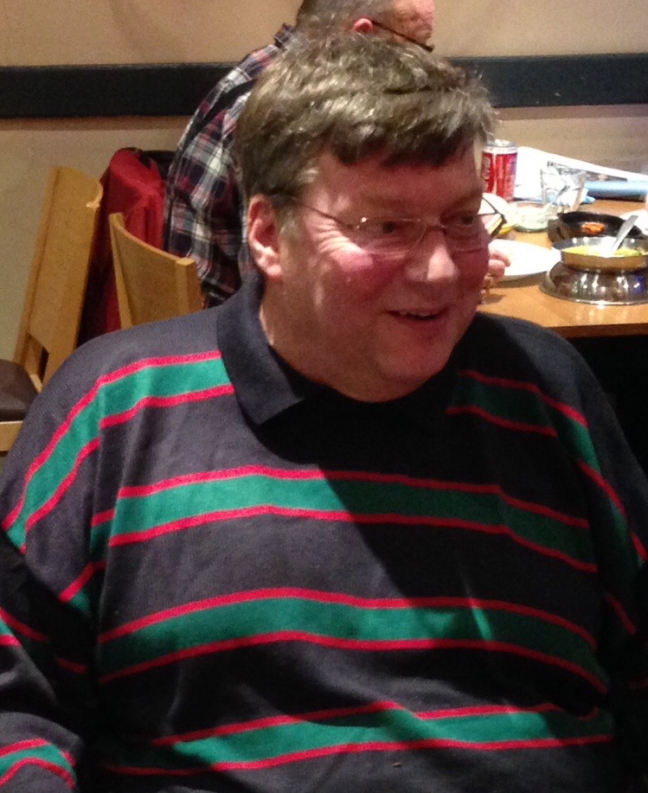 It is with the greatest sadness that we acknowledge the passing of our dear Brother David Prebble MBE.

David was admitted to hospital before Christmas last year but did come home in time for Christmas. All expected that his condition would improve. Unfortunately David was back in hospital very soon in the New Year and apart from a very brief return home has been in East Surrey Hospital since. His condition deteriorated during his time there but there was always hope that he would be able to return home to recuperate. In the last few weeks his home was being modified to be made ready for what was expected to be a return home very soon. Sadly that was not to be and unfortunately the various challenges that this body faced overcame his incredible resilience and positivity and his heart could no longer cope.

As many will know, Brother David was a policeman and at a young age, he fell through a roof in the line of duty and broke his back. He spend the majority of his life in a wheelchair. He bore his misfortune with enormous bravery, stoicism and was very philosophical about his injury.

He had countless opportunities and causes for complaint…but he never did. He was an example to us all.

At a Balham Circle meeting, Brother Noel recalled an evening when David went to the cinema in Croydon. The lift broke down and David was unable to leave the cinema. The staff wanted to call the fire brigade to help him down the stairs. David just calmly told them not to worry and marshalled four staff to bounce him and his chair down the stairs. This was typical of David, not wanting to make a fuss and determined to be practical.

David’s much loved wife, Bridget, died some years ago, but she was never far from his thoughts and indeed his conversation. David has had Mass said for her every month and it is some consolation to know that they are finally together again.

He was an incredibly committed family man and a great father-figure for his grandchildren who absolutely adored him.

He will be missed by all who knew him and he touched many, many lives. He will always be remembered by Balham Circle as a much loved and much missed dear Brother. We share many happy memories of David as a Balham Brother and his enthusiasm and joy at Balham events shine through in the pictures included here. 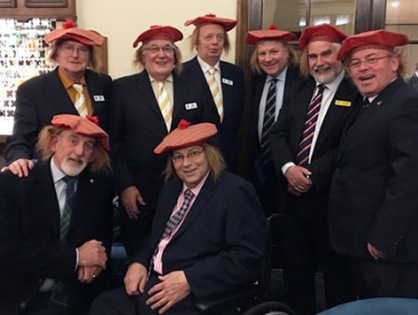 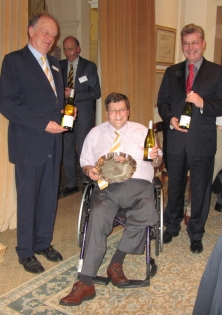 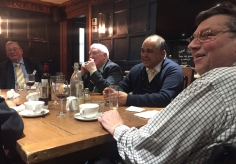 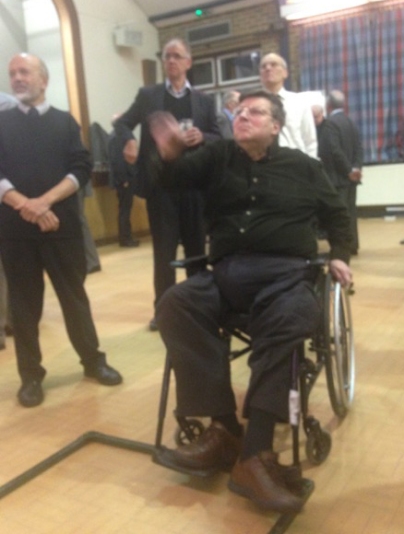 We pray for the repose of his soul and for his family at this very sad time:

Prayer for the dying or recently deceased by John Henry Newman

May he support us all the day long,

Till the shades lengthen and the evening comes,

Then in his mercy may he give us a safe lodging and a holy rest and peace at the last.

One thought on “Balham Circle mourns the death of Brother David Prebble, but takes solace in happy memories”