On Friday August 14 the “Join Me” excursion was organised primarily to visit 2 Willow Road, a private house on the edge of Hampstead Heath built for himself by ‘brutalist” architect Ernö Goldfinger in 1939. Because the house is quite small when compared with others we have visited another building was included in the itinerary, Fenton House, which is probably about as far removed as could be from the C20 modernism of Willow Road. The Balham Brothers assembled for the photo shoot outside Fenton House, but Lucille, Marianne, Bernard & Ken could not be found at this stage. 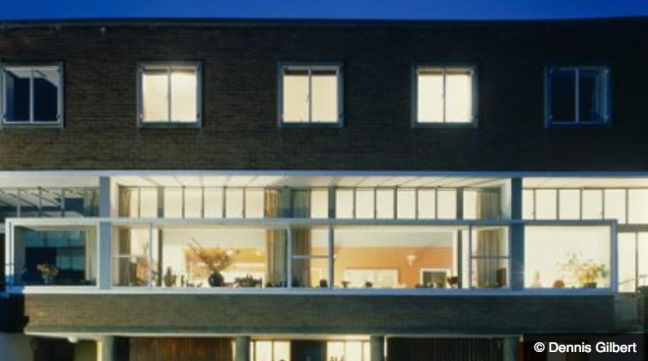 2 Willow Road caused quite a stir when it was acquired and opened by the National Trust. It is a 1939 modernist building, designed and constructed by the architect Ernö Goldfinger for his family, in what at the time was a shockingly modern style. It was Goldfinger’s home until his death in 1987 and has been maintained with his purpose-built furniture and fittings, as well as many of his pictures and possessions. 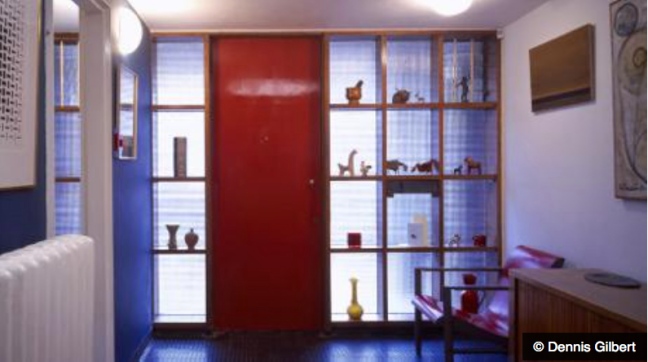 Goldfinger later became a wealthy, successful architect, but at the time he was a Hungarian refugee with a family to support – and money was tight. The house has a fascination as a time capsule, a C20 postwar Hampstead architect’s home with everything down to the coffee packets still in place on the kitchen shelves.

The  introductory film gave us a good insight into the architect and we were not sure we liked him that much.

After a swift pint at a nearby pup, we set off to Fenton House, which, due to a bit of mistaken map reading by Terry, turned out to be a good 20 minutes walk (up some fairly steep gradients), not the mere five minutes promised!

Fenton House is a 17th-century merchant’s house, regarded as a hidden gem in London. It has its unique charm and ambience, but is not the site of major historical events and is not marked by any architectural genius.

It was bought by a Lady Binning in 1936 and she filled it with her highly decorative collections of porcelain, Georgian furniture and 17th-century needlework, thus demonstrating the wide gulf in taste in London in the thirties and just how radical the Goldfinger house was. The sheer size of the ‘merchants house’ (occupied by Lady Binning alone- save for six servants) compared with Willow Road says something about how wealth and culture were in flux in the first half of the C20.

There are many early keyboard instruments at Fenton House and these are all still played. The sound of virginals and the colours of early 20th-century drawings are a part of the Fenton House ambience and we experienced both.

Our excursion was rounded off with a pub lunch in the Holy Bush, by which time quite heavy rain had set in and we were pleased to enjoy some food and a beer before heading off to Hampstead station, which was mercifully close. TGB