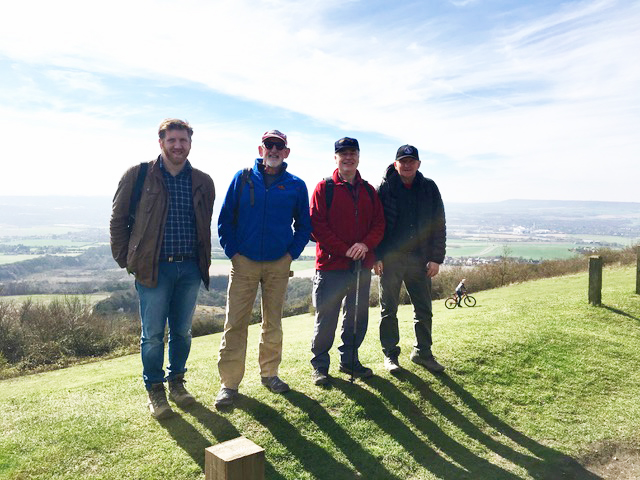 Six Balham Pilgrims completed the latest stage on 25 March.  They have now arrived in Hollingbourne with less than 30 miles to go to Canterbury, which they are hoping to reach on 20 May. 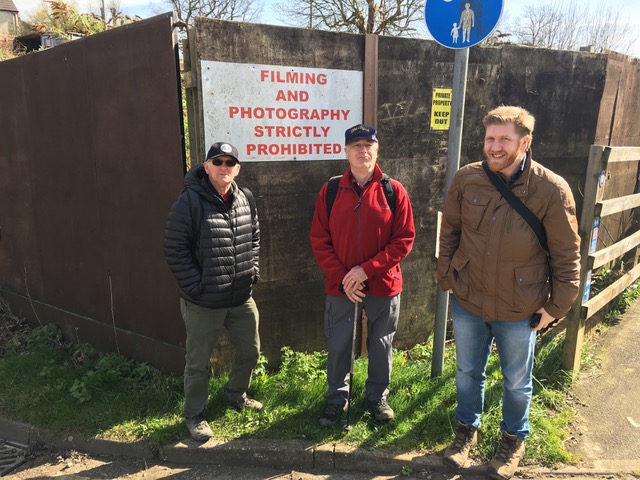 On another glorious but windy day the Pilgrims left Cuxton to cross the Medway Bridge.  The route through beautiful Kent countryside culminated with a couple of pints in the aptly named Dirty Habit pub in Hollingbourne.  Pictures show four of the group: Tristan Sullivan-Vaughan, Noel Brownsell, Simon Wakely, and Steve Palmer. 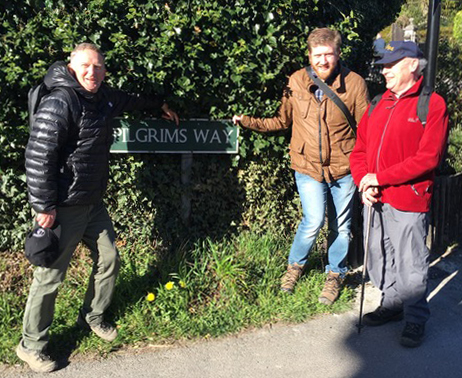 On route they were passed by a couple on a tandem who were just completing a round-the-world bike ride.  Now, there is a challenge for Brother Charles Marriott’s upcoming Presidency! 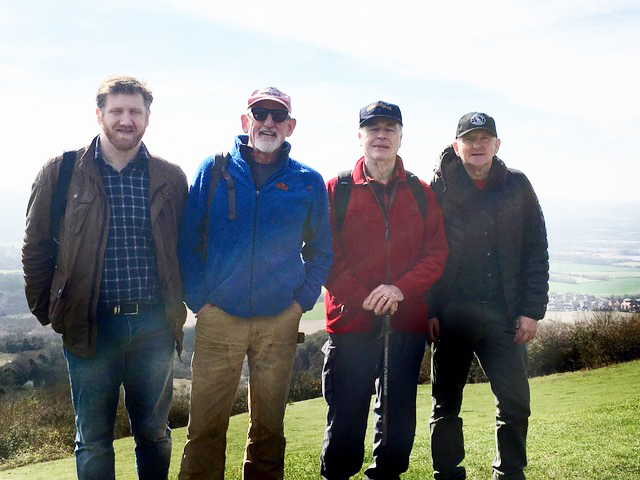 Unphotographed was another pilgrim walking towards this foursome! He was Charles Marriott with his two little determined dogs Peggy and Stella. Everyone finally met up at Hollingsbourne at the end of this section of the pilgrimage.

4 thoughts on “Another milestone in the Balham pilgrimage!”